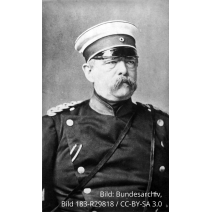 April 1st is commonly known as a day for sometimes good, sometimes rather bad jokes. But April 1st is also the birthday of a famous Göttingen Alumnus: Yesterday, 205 years ago Otto von Bismarck was born. He is still known today as the first Chancellor of the German Empire. But did you know that he experienced wild student days in Göttingen? In the year in which he was a student at our university, he spent a few days in the Karzer - the university prison at the time - and had to move out of his student dormitory in the Rote Straße because he threw empty wine bottles out of the window onto the lanterns. In the summer semester of 1833 he then moved into an old fortress tower outside the city walls. Today this fortress tower is called Bismarckhäuschen. 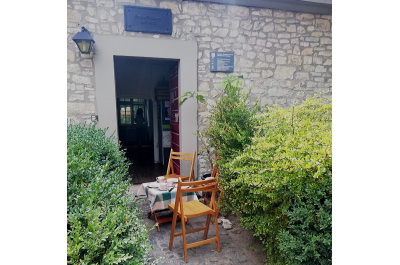 The Bismarckhäuschen am Wall is only one of several indications that Prince Otto Eduard Leopold von Bismarck-Schönhausen - as his full name was - lived in Göttingen. Today, a plate hangs on the house in the Rote Straße and the Bismarck Tower can be found in the Göttingen city forest. You can see the little house and the tower on a walk, but the exhibition in the little house can only be seen as part of a guided city tour. But if you are lucky, you can admire the table setting with coffee and cake in front of Bismarck's former domicile on beautiful summer days. Because in the building itself there are still two apartments for students.