Queen Elizabeth II celebrates her official birthday on the second Saturday in June. And what do we have to do with it? In the 19th century there was a very unusual connection between our University and one of her ancestors. The link is Marianne Theodore Charlotte Heidenreich von Siebold. 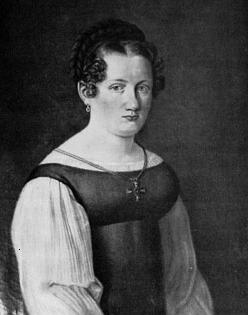 Charlotte Heidenreich von Siebold is considered the first gynecologist in Germany. She was born in 1788. Her father, who originally came from Göttingen, was a medical officer in Darmstadt. Even as a child, Charlotte was interested in medicine and read her father's books on anatomy and physiology. While receiving practical lessons from her mother, who worked in her husband's practice, her father also gave her theory lessons. The focus in Charlotte's medical education was on obstetrics. In 1811 she came to Göttingen and attended lectures by the two Göttingen medical professors Friedrich Benjamin Osiander and Konrad Johann Martin Langenbeck. In 1814 Charlotte Heidenreich von Siebold passed her exam as an obstetrician in Darmstadt. Only three years later she did her doctorate in Gießen as a "Doctor of Obstetrics".

Charlotte Heidenreich von Siebold enjoyed an excellent reputation as an obstetrician and so it happened that in 1819 she worked as an obstetrician when Queen Victoria was born in Kensington Palace. Three months later Charlotte was also the midwife of the future husband of the queen, Prince Albert of Saxe-Coburg and Gotha. You would think Charlotte Heidenreich von Siebold basked in her glory. But far from it! She worked in her parents’ maternity hospital in Darmstadt, gave lessons for midwives, looked after the poor with sacrifice and raised money for the Darmstadt Citizens' Hospital. Until her death in 1859 she lived and worked in Darmstadt. There the Heidenreichstrasse is named after her today.

Here at our University there has been the Heidenreich von Siebold-program in the University Medicine since 2006, which supports female scientists on their way to becoming a university lecturer. More information about the program can be found here.